Eronária de Souza is a happy woman. You can tell it by by the way she cooks, the food she makes, and the way people enjoy what she prepares. A Brazilian from Goiás, she lived in Danbury, Connecticut for 7 years until the day she – and thousands of other Brazilians for that matter – returned home in the end of 2010 (due to the down economy in the United States versus the booming economy in Brazil). 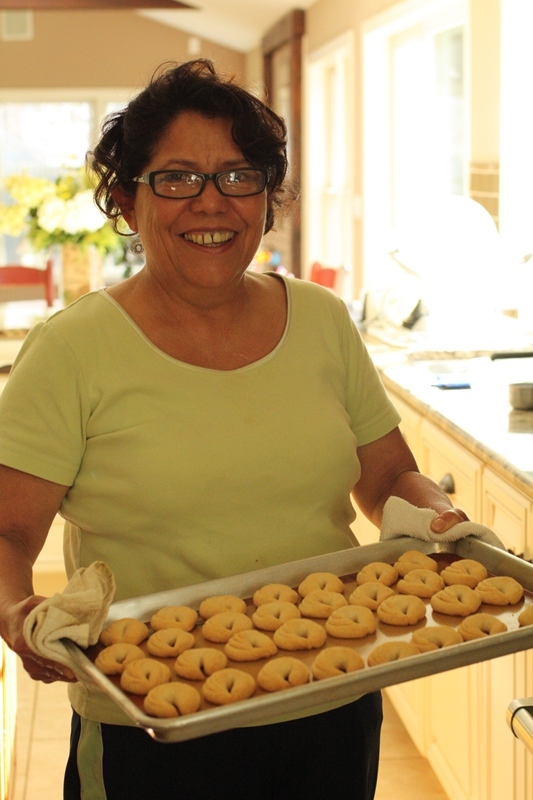 She came to the Unites States in 2003 to make a better life for herself, working as a cook in many Brazilian establishments in the Danbury area. We met at a party in 2009. She was preparing the food and I was in awe with everything she served. When I saw her passion for cooking, we instantly connected.

We bonded through cooking so deeply I wanted to honor her by featuring one of her recipes (Chicken Beef Roulade, page 99) in my cookbook The Brazilian Kitchen. The recipe I will share with you today didn’t make it into the book simply because we had already included a cheese cracker (Baked Cheese Crackers, page 25) and a yucca cookie (Yucca Sticks, page 34). My editor told me then that we just didn’t have space for another cheese snack. But that didn’t stop me from making this recipe time and again in my house for my family.

I ‘ll say it’s a cousin of the Pão de Queijo becaue they have many characteristics in common: the recipe calls for manioc starch and cheese as its structural ingredients; it is served as snack or hors d’oeuvres; and it’s just as addictive as Pão de Queijo. The difference, however, is that Pão the Queijo is more of a bread roll – chewy, steamy, almost succulent (ah, what a little milk, oil, and eggs can do!), while this recipe ressembles more of a cheese cracker. Yet, it is not your regular cheese cracker because of the manioc starch – which gives the cracker a melt in your mouth feel – and butter, increasing that razor flakyness, toasty flavor, and golden looks.The result is divine! 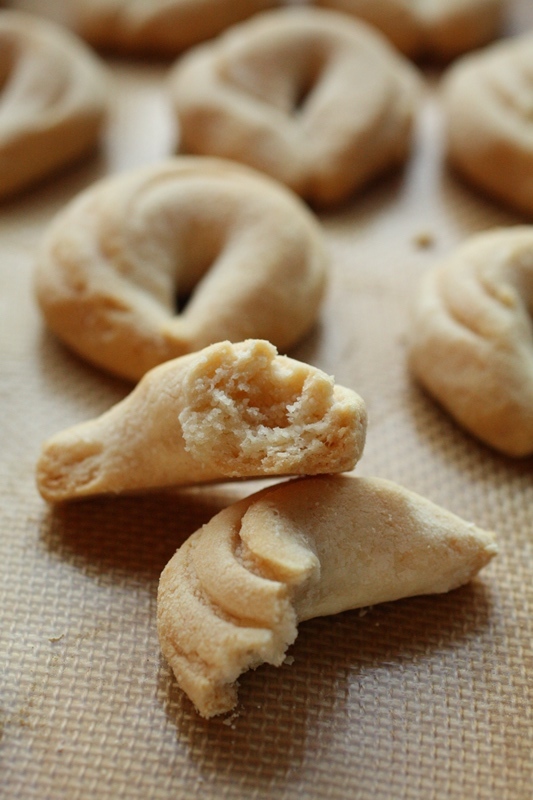 In her manner of doing it, the dough is scooped a little bigger than a tablespoon, 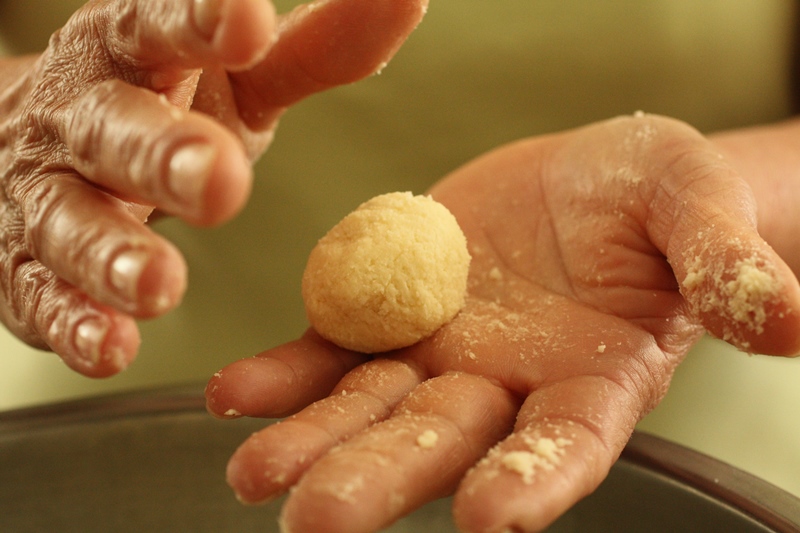 then it is streched into a 3-4 inch strip, 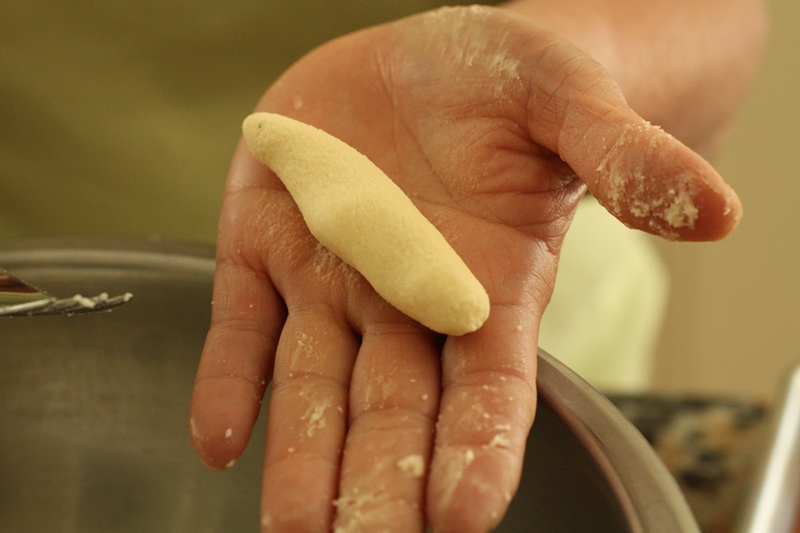 scored diagonally with the sides of a fork ,

and finaly, shaped into a crescent circle (croissant-like) that is pinched at the ends. 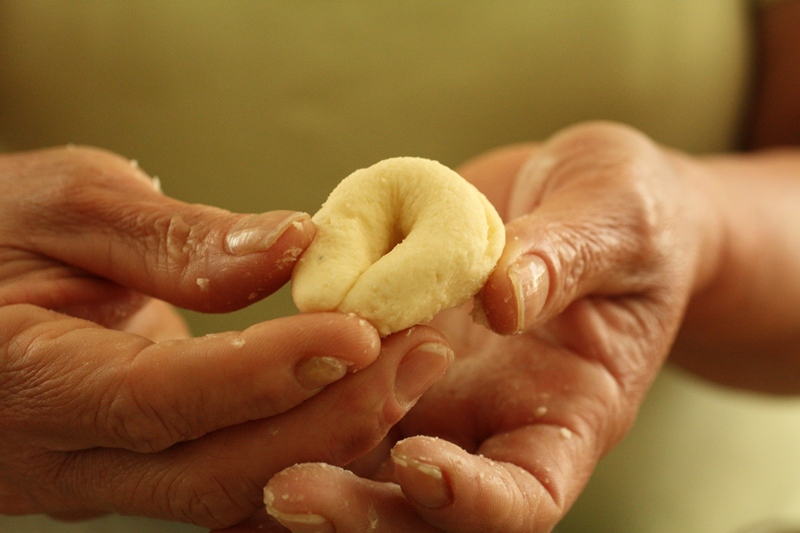 Once you get the hang of it, which you should be able to do it after a single try, play around a bit. You might want to change the shape, or even add spices. Some parika and nutmeg would be nice. Swapping parmesan for pecorino makes a difference. Or top with cheese, or egg wash, or whatever your favorite way of eating cheese crackers is. In any case, you can’t fail to make it personally yours, like Eronaria makes hers.

Stay tuned for the recipe on the next post!